What is now Western North Carolina has been part of the homeland of the Cherokee people for untold centuries. Today’s Eastern Band members are direct descendents of those who avoided the Cherokees’ forced removal to Oklahoma in the 1830’s the “Trail of Tears.” Their home today is the 56,000-acre Qualla Boundary in Western North Carolina adjacent to the Great Smoky Mountains National Park. There are more than 13,000 enrolled members of the Tribe, over 60% of whom live on the Boundary.

The Qualla Boundary includes the town of Cherokee, NC as well as several other communities. Many of these townships would have been clan townships in earlier times (Bird clan, Wolf clan, etc).

Cherokee is home to North Carolina’s largest tourist attraction – Harrah’s Cherokee Casino and Hotel. Harrah’s is one of Cherokee’s largest employers, providing a combined payroll of $79.9 million annually (FY 2004) and additional discretionary income to Tribal members in the form of per capital gaming distributions. The Tribe has been able to make major improvements in areas of health care, support services and utilities, downtown revitalization and other projects for the benefit of Qualla Boundary. 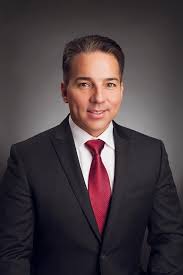 Principal Chief Richard Sneed[/caption]The Tribe adopted a constitution and organized a modern government in 1827. In 1865 the State of North Carolina assured the permanent residence of the Cherokees. In 1868, a general council of the Eastern Cherokees was held to form a Tribal Government, and the new government was inaugurated December 1, 1870.

The EBCI Tribal Government provides services typical of those provided by most municipal governments.

Business properties on the Cherokee Indian Reservation are available for lease. There are tax credits available for each Native American employed and your business may qualify for accelerated depreciation of certain property acquired in connection with your business. For more information please contact:

You may contact the Eastern Band of Cherokee Indians at...

Find your family’s connection to the Cherokee People. Research, information, publications available from: 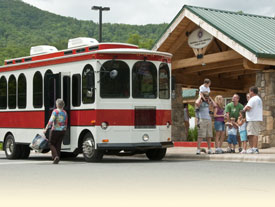 Cherokee Transit offers transportation between many of the attractions and the shops, hotels and casino in Cherokee.

Change Location
To find awesome listings near you!